LAHORE: Pakistan Muslim League-Nawaz (PML-N) Vice-President Maryam Nawaz on Friday thanked the people of Gujranwala for attending the opposition parties rally under the banner of the Pakistan Democratic Movement (PDM) in a large number and making it a successful power show.

Addressing the rally, the PML-N leader criticised the incumbent government for inflation in the country. She lamented the govt over lady health workers’ ongoing sit-in in Islamabad.

Maryam Nawaz said: “The government should be formed with the vote of people and only they should have the right to determine the future of any government.”

Addressing the rally, PPP Chairman Bilawal Bhutto Zardari congratulated Maryam Nawaz for hosting the first public gathering of the Pakistan Democratic Movement (PDM) and also lauded other leaders who are part of the protest movement.

He presented the charter of the PDM, a platform of the opposition parties formed after an all-parties conference (APC).

He lamented the change in the country and said that it has devastated the economy of the country. “We have not witnessed such situation in the country before,” he said adding that the country is currently facing historic inflation and poverty.

It may be noted that the Pakistan Democratic Movement (PDM), an alliance of major opposition parties has violated standard operating procedures (SOPs) and agreement made with the government for the Gujranwala rally. 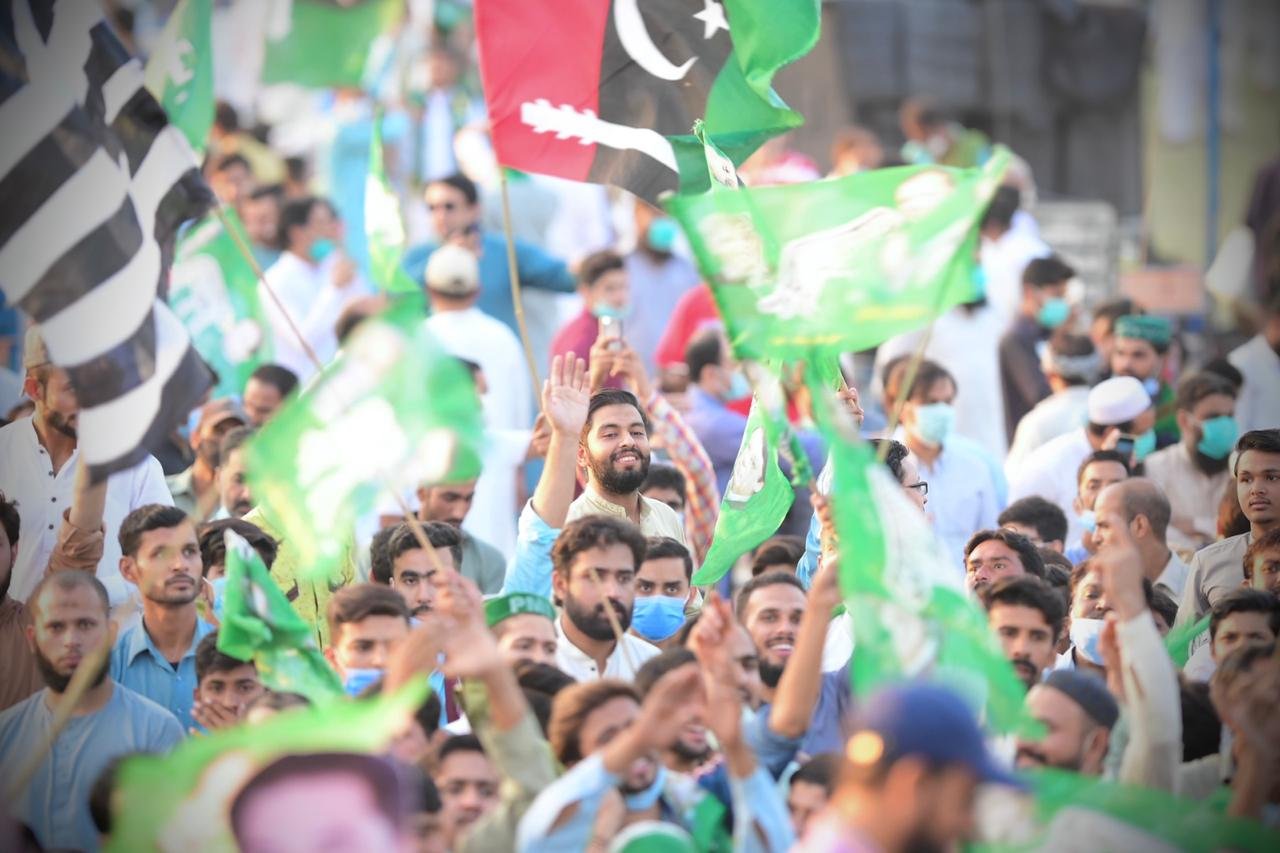 Contrary to the guidelines issued by the National Command and Operation Centre (NCOC) and Punjab government for public gatherings in view of the coronavirus pandemic, there is next to no social distancing and most participants are not wearing masks in the Jinnah Stadium. The PDM has failed to pull a crowd in today’s rally.